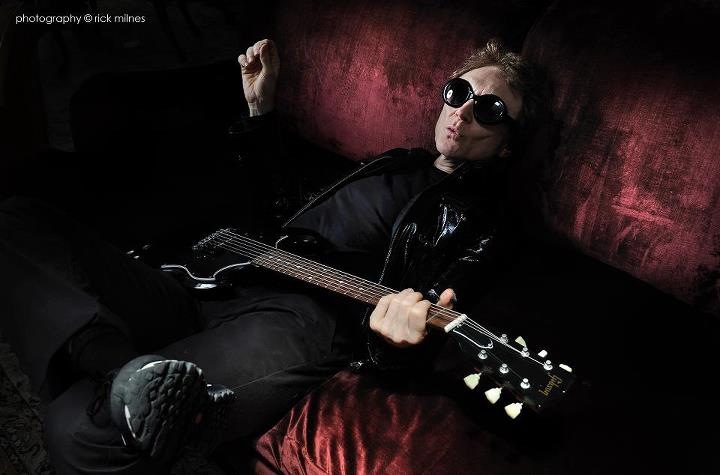 It’s not often you get to actually interact or interview one of your inspirations, but I’m incredibly excited to have this opportunity tomorrow (Wednesday, July 9). Join us 9PM EST on The Star Chamber Show when we put G Tom Mac in the hot seat and ask him about his songwriting, his upcoming game and movie projects, and whatever else strikes our fancy! I feel like I mention G every time I do a panel or an interview and I’m asked who I listen to when I write. This guy is a source for a lot of the music I listen to when I work on character development for my urban fantasy pieces. His songs are dreamy, dark, hopeful, and every type of emotional time capsule in between. It’s a thrill to have his time for an hour, so y’all better show up and make it worth his while! We’ll be taking guest call-ins and will be keeping an eye on the blog talk radio chat and twitter.

And if you have any doubt about this man’s credentials, may I hit you in the face with his bio…

In writing, singing & creating the masterpiece “Cry Little Sister” singing as the theme song to the now classic film “THE LOST BOYS,” GERARD McMANN hit a deep & provocative nerve in his artistic career of creativity in doing so.

Only thing was, when the film released in 1987, he was fed up with the music scene’s “business” and stopped touring. He then changed his name to G TOM MAC as a result of no one ever pronouncing his real name correctly.

G Tom Mac went on to write songs for legendary singers such as Robert Plant of Led Zeppelin and Roger Daltrey of The Who. An array of contemporary Hip Hop artists, such as Ice Cube and Digable Planets, as well as KISS, Carly Simon and Eminem started to cover G Tom Mac’s songs. Last year, G Tom Mac earned a Grammy on EMINEM’S “RECOVERY” album in which Eminem sampled him in the song “You’re Never Over.”

Having had songs in over 50 films & more than 100 TV shows that still continue to license G Tom Mac’s music, it all adds up to in his words “staying fresh and being true to my fans in creating believable music that they feel from me. That’s my thrill!”

After 6 album releases, G Tom Mac opens yet another chapter with his NEW album “UNTAME the SONGS” that has already been received & talked about as one of the best albums of the year.