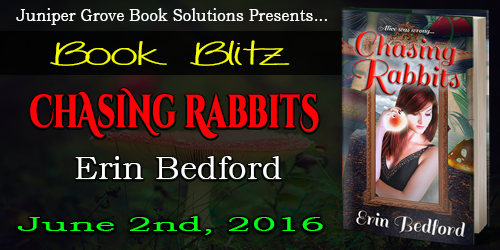 It’s book blitz time, and I’ve got another fantastic title to share with you this week! 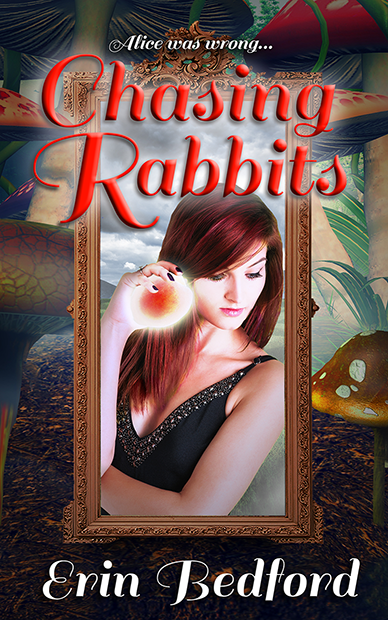 Synopsis:  Alice was wrong – Wonderland wasn’t so wonderful after all.

Kat never expected to be back in her hometown, but when house sitting turns into a mad rabbit chase, Kat finds herself with a whole new set of problems.

A two-headed bird with a Game of Thrones obsession, a party full of tea addicts, and a Cheshire Cat who could seduce the pants off her grandma? And if the citizens weren’t bad enough their prince was off his rocker.

This wasn’t your run of the mill Wonderland. This was the Fae world, where rules are rules, and some things are exactly as they seem.

Join the Facebook release party on June 2nd for the chance to WIN prizes from multiple authors! A Kindle Fire is even up for grabs! Join HERE.

The feeling of his mouth on mine made me lightheaded in the best of ways. In an effort to stay afloat, my hands gripped on to his vest, pulling him closer. I admit I was more than a little bit disappointed when my movement caused him to pull away.

My chest heaved as I tried to regain my breathing. He leaned his forehead against mine, his own breath coming out in pants. At least I wasn’t the only one affected.

“What was that for?”

A crackling sound broke our little moment up and Chess took a step back. The billowing fog from the forest leaked in under the wardrobe door. All thoughts of Chess’s kiss fled my mind as terror began to overwhelm me. I didn’t want to know what lie behind that door.

“You need to go now, Kat.” He ushered me to the mirror before turning back to the door.

“Who me?” Chess gave a coy smile that didn’t reach his heated eyes.

“Are you mad? Come with us!” My voice became desperate as the door banged open and then there was silence.

The light from the bedroom was gone. Inside the door lay only darkness. It was the kind of darkness you were afraid to look into for fear of someone looking back. I knew I didn’t want that darkness looking at me.

Chess turned to me once again, brushing his lips against my ear. My eyes were focused so much on the approaching darkness that I almost didn’t hear what he said. I frowned in confusion, but before I could question him he shoved me through the mirror’s surface. 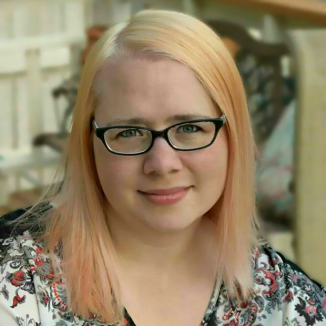 Erin Bedford is a new fantasy romance author, a computer programmer by day, and a hobby hoarder.

Creating fantastical worlds has always been a secret passion of hers and she couldn’t imagine writing any story without some kind of lovey-dovey or smexy goodness in it.