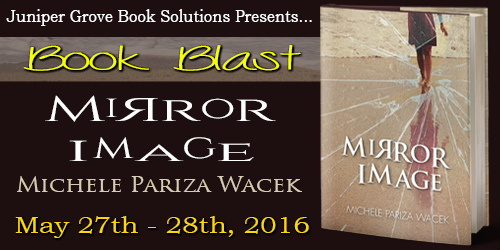 It’s book blast time! Let’s see what new title we’ve got in store for us today.

Which would be worse: knowing that your dead sister has come back to life and is now a serial killer, or that someone else is the killer… and that person is you?

Six months after Linda’s sister Elizabeth killed herself, Linda has finally gotten her life back to some semblance of normalcy. Until a killer appears who is stalking men … a killer who resembles Elizabeth … a killer who seems somehow familiar to Linda.

And to make matters worse, Detective Steve Anderson, her old high school crush, is assigned to the case. He’s asking Linda all sorts of questions – questions she couldn’t possibly have an answer to.

There’s no reason for him to be investigating Linda. She couldn’t possibly have anything to do with this.

When Elizabeth was born, her mother knew beyond a shadow of a doubt that the hospital had made a mistake.

It had been a difficult pregnancy. Marie spent most of it in bed, nauseated, uncomfortable, exhausted. She barely kept anything down, subsisting mostly on tea and saltine crackers. When the time came to deliver, the doctors performed an emergency Caesarean section, so she wasn’t able to actually watch the birth.

She couldn’t explain it, but the first time the nurses presented her with Elizabeth, she refused to even hold the baby. “There must be some mistake,” she insisted.

“There’s no mistake,” the nurses said, their approach firm and no-nonsense.

Blond and pale, Elizabeth looked nothing like the other dark haired members of the family. But it was more than that. Elizabeth felt wrong. Marie sensed it every single time she looked at Elizabeth, touched Elizabeth, smelled Elizabeth. The baby was alien to her. Elizabeth was not her baby.

But she could do nothing about it. Her husband hadn’t seen the birth. He had refused to attend any of his children’s births. The nurses kept assuring her that no one had made, could possibly have made, a mistake. So Marie had little choice but to bring her home.

Elizabeth was different, always — strange. Marie hated to use that word about any of her children, especially her youngest, but she could find no other word to describe her. Elizabeth was strange. Period.

From birth, the baby kept quiet. Rarely fussed. Hardly cried. She started talking at six months, much earlier than the rest of her children, and started forming full sentences at just over a year old.

She spent most of her time alone or, once she learned how, reading. In fact, Elizabeth remained such a quiet child, Marie could easily forget about her. It made her nervous. Elizabeth was too quiet.

Even her scent was all wrong. Babies smelled warm and sweet, of milk and talcum powder. Elizabeth’s scent reminded her of meat just beginning to spoil: thick and rotten.

But there was something else wrong with Elizabeth, something more serious than her near silence, her behavior, her scent. Even more serious than that alien feeling, which Marie had tried to dismiss as simple post-partum depression, although it never did go away entirely.

When Marie was really being honest with herself, which didn’t happen often, she could admit what really disturbed her most about her daughter.

Her eyes. Elizabeth had silver eyes.

Not always. Most of the time they looked gray. But sometimes, they changed to silver. Occasionally, Marie even thought she could see them glowing, like a cat’s. Especially at night. There Elizabeth would be, lying on her back, perfectly quiet in her crib, her eyes strangely open, shining faintly in the darkness. Marie would tell herself that Elizabeth’s eyes merely reflected the nightlight in a bizarre fashion. After all, none of her other children’s eyes ever glowed. But it still didn’t make her any easier to face, late at night, as silver eyes stared at her from the darkness. They seemed so old, so ancient. Eyes that had seen thousands of years and hundreds of lifetimes. Those eyes peered out from her newborn’s face, watching her every move, strangely calculating, full of adult understanding and knowledge. She felt afraid, if she were being honest … all alone in the room with those peculiar silver eyes watching, watching, always watching.

Nonsense, she reassured herself. Surely, she could not be afraid of her own infant daughter! What would her husband say? Plenty probably, and most of it with his fists.

Still, she found herself checking on Elizabeth less and less. She argued with herself: Elizabeth didn’t fuss much anyway. Marie didn’t need to check on her so often — not like she did with her other, noisy, “normal” babies.

Her other children. Such a joy they were, her four boys and other girl — Peter, Mark, Mike, Chad and Linda. All healthy, regular children, with coarse dark hair, brown eyes and a little bit of baby fat on their bones. They looked the way children should look, the way her children should look, like their parents. But more importantly, they acted the way children should act — loud, boisterous, rough, needy. Marie loved them for it, loved how she couldn’t get a moment’s peace when they played together. Even when their play turned to fighting, she still preferred it to Elizabeth’s silent, eerie presence.

But Marie loved Elizabeth, too. Loved her fiercely, with the same passion she felt for her other children. Marie knew she did. She told herself she did, time and time again. The fact that she felt relief when Elizabeth wasn’t around meant nothing. She just needed time away from her children, after all. Almost all mothers welcomed the time they had away from their constant, children-related responsibilities. It didn’t mean she loved them any less. It didn’t mean anything at all. 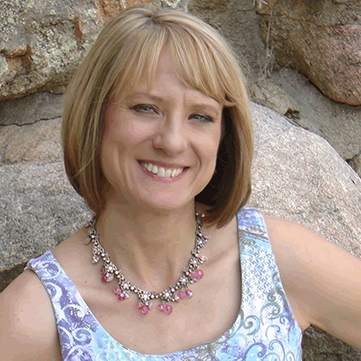 When Michele was 3 years old, she taught herself to read because she wanted to write stories so badly.

As you can imagine, writing has been a driving passion throughout her life. She became a professional copywriter (which is writing promotional materials for businesses), which led to her founding a copywriting and marketing company that serves clients all over the world.

Along with being a copywriter, she also writes novels (she’s published two psychological thrillers/mystery/suspense novels “The Stolen Twin” and “Mirror Image” so far) plus, she is also the author of the “Love-Based Copy” books, which are a part of the “Love-Based Business” series and cover both business and personal development.

She holds a double major in English and Communications from the University of Wisconsin-Madison. Currently she lives in the mountains of Prescott, Arizona with her husband Paul and her border collie Nick and southern squirrel hunter Cassie and is hard at work on her next novel.