All right, kiddies – no beating around the bush because we’ve got limited time here. Love books? Love your kindle? Want to stock up on titles you’ve been eyeing or feel like discovering new ones?

Then today is your day.Seventh Star Press has thirty titles on sale as Kindle Downloads for 99 cents all day today – but hurry! Once Tuesday hits, you’ll have missed your window.

If you’re curious and looking for recommendations, might I suggest Olde School for those wanting a different sort of fantasy title…. 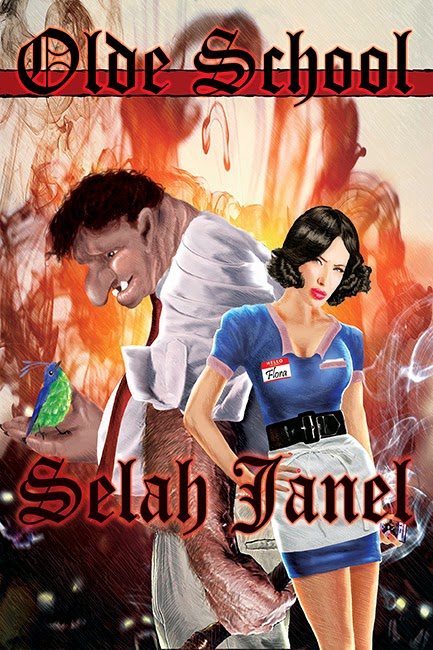 Get it for 99 cents! (Cyber Monday only)

Darkness threatens to overwhelm not only Paddlelump, but the entire realm. With a little luck, a strange bird, a feisty waitress, and some sturdy friends, maybe, just maybe, Padd will survive to eat another meal at Trip Trap’s diner. It’s enough to make the troll want to crawl under his bridge, if he can manage to keep it out of the clutches of greedy politicians

Curious about the other titles you could get? Then look no further – I’ve got help. Plus, if you get involved now (and check out the SSP blog for info, you could also get in on a contest to win a Kindle HDX. And don’t forget to check out all of these books that are marked down as kindle downloads for today only!