It’s that time of year again…time to delve into the depths of despair and desolation as I bring to you terror-filled titles to fill your Fridays full of fear. Today’s book selections bristle with vampires, ghosts, and other creatures that will chill your blood and freeze your literary souls, while keeping your fingers warm enough to turn the pages, of course.  It’s time once again for Fear Friday!

This week’s selections come straight to you from the scintillating, shocking authors of Seventh Star Press, a publisher who strives for quality as much as their imaginative authors strive to blow the minds of the tender-hearted.

This first selection brings to mind the likes of Clive Barker and Milton, and is the perfect title to begin our tour through the darker titles of the Seventh Star stacks…that is, if you’re brave enough to venture into dangerous territory. We’re not talking Wal-Mart the day after Thanksgiving, kids…we’re talking about wandering into the depths of Hell, itself. Be sure to check out the scenery on the way….some tortured souls here, some lost hope there…all blend together in the mind of Stephen Zimmer to create some fabulous Hellscapes… 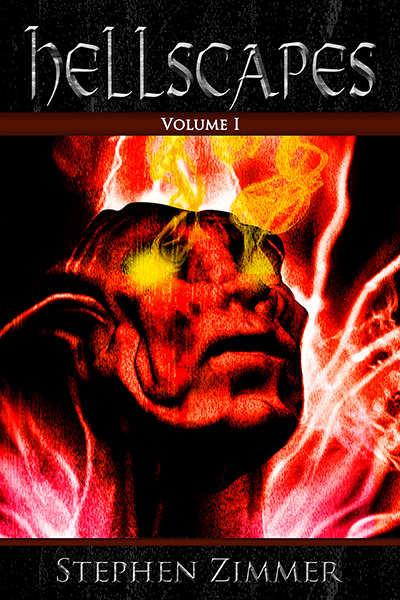 Journey into realms of darkness and explore the regions where angels fear to tread! Welcome to the Hellscapes, featuring tales of the infernal in settings where the horror never ends and the inhabitants experience the ultimate nightmare.

In “Blood Dreams” follow the tale of a woman who knew great political authority and influence in life, as she discovers the reward awaiting her in the next world.

“The Grove” welcomes a new arrival, a wealthy man who is looking forward to a weekend of indulging in lust and libation, as he has for many years in this secluded convocation for the elite. Something is different this time, though, and he soon finds that his visit will be taking a very different turn.

In “The Smallest Fish”, the story is told of a ruthless business mogul who finds himself in an abandoned, ruined version of the city he knew well, in life. This city won’t be remaining vacant for long.

“Drowning in Tears” tells the story of a young man’s unhealthy obsession for a suicidal girlfriend that leads him on a path of severe transformation.

The final tale of Volume 1, “Lords of War”, follows the story of a man who wielded military power on a worldwide scale as a Secretary of Defense, who now learns the deeper nature of war and what kinds of monstrosities it breeds.

Hellscapes, Volume 1 is the first release in an exciting new themed horror collection from Stephen Zimmer, the author of the Rising Dawn Saga and Fires in Eden Series.

Not for the faint of heart, is it? If you happen to wander out of Hell, then join me in a little bit for the next stop on our tour of terror…In the meantime, you can learn more about Stephen here…