To add to the Michael West love this week, I’d like to share with you yet ANOTHER book of his that is newly out! 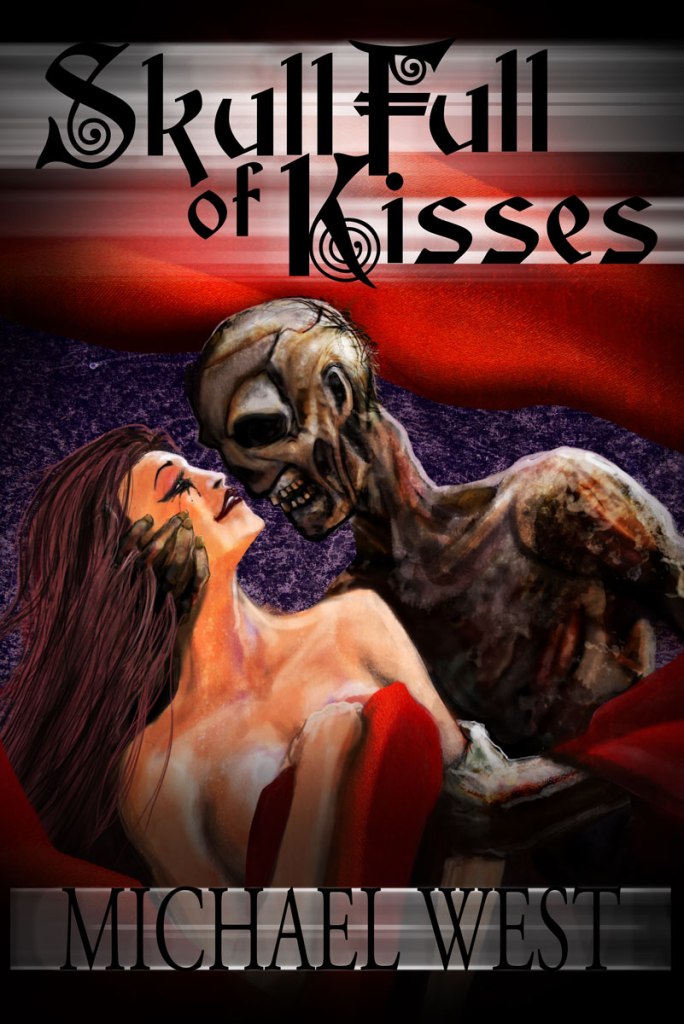 Featuring a forward by Bram Stoker Award-winning author Gary Braunbeck, Skull Full of Kisses includes a diverse range of tones and settings that display the horror virtuosity of Michael West.  The release also unites Skull Full of Kisses with Michael’s other Seventh Star Press titles such as Cinema of Shadows, Spook House, The Wide Game, and Poseidon’s Children.

“I am so pleased that this, my first short fiction collection, is now back in print.  Ten tales, including a lot of fan favorites such as ‘Jiki,’ my ode to Asian Horror; ‘To Know How to See,’ my first real stab at Sci-fi Horror; and ‘Goodnight,’ which was named Best Horror Short Story of 2005 in the annual P&E Readers Poll. Those stories hold special places in my heart as well, and I’m so happy that they are now available again to both new and faithful readers alike.”

Skull Full of Kisses will be released in eBook format on Monday, September 30th, with availability for Kindle, Nook, Kobo, iBookstore, and other types of eReaders, with the print version to follow 1 week later.

For further information on Michael West and his releases, visit the author’s site at www.bymichaelwest.com or www.seventhstarpress.com

Seventh Star Press is ALSO gearing up for an auction for a copy of the Michael West edited anthology Vampires Don’t Sparkle, signed by members of the cast of True Blood! Learn more about that event HERE!