I’m joined today by not only a great author, but a new friend, Tianna Scott! I’ve been fortunate to correspond and work with Tianna in the past, and I’m so excited to have her on my blog for an interview!

SJ: Every writer has some sort of process. Give us a glimpse into yours. Do you meticulously outline? Do you write depending on what calls are out there?

TMS: Well usually I come up with some random idea for an ending. If it sticks in my head then I sit down and outline. My outlining process is usually pretty quick but I RARELY stick to it. Haha. I find myself always venturing off the path so to speak

SJ: Bonus question – Do you put on a cape and do a chant before hunkering down to work? Sacrifice anything? Along with your process, what’s your quirkiest writing habit?

TMS: I’m pretty random when I start writing but I have to be doing something else when writing if that makes sense. Singing loud to rock music or chewing on a straw. It has to be something else going on. Ive tried to keep still! Can’t do it!

SJ: Are you a meticulous planner or do you believe in the muse? Where do your ideas come from? Do they filter in through your dreams? Do they show up at inopportune times and whap you upside the head? Do they result in a shady deal with a dark power?

TMS: Oh! This is a goooood one! I believe in the muse. My Ideas randomly pop in my head when listening to music, reading or even watching TV! The idea for Symphoni came about when I was laying in bed trying for sleep. Very inopportune when your muse wants to talk about women who like eating and are strong enough to save themselves instead of waiting for someone else.

SJ: bonus question – If your muse had a physical manifestation, what would he or she look like and how would she or he act? Is it a sexy superhero version of Callisto? A sharp-tongued rogue? A reptilian alien? Do they have a catch phrase?

TMS: I have 2 muses actually. One looks like Taylor Momsen from The Pretty Reckless whos the muse for hardcore feminism type characters and another looks like Ian Solmerhalder who constantly tells me that he likes curvy women who love to play video games and be weird as long as they submit to the dark side at some point!

TMS: Symphoni is closest to my heart because its my first work. I love my current WIPs (The Dragon’s Revenge and The Lost Angels) very much but Symphoni holds a special place. I do play favorites sometimes when writing and it dawns on me how much I love what im working on and it’s the best thing EVER but that quickly passes. Haha.

TMS: I want to say Paranormal. But that may be too broad. Adult paranormal is a genre I love so I would probably do that one. I would also love to do horror so basically… this is a hard question! Lol.

TMS: My biggest frustration is trying to distinguish myself from the other writers in my genre. No one ever wants to be considered TOO much like another author. Downside is the possibility that some may not want to read what you write because its too different. One cliché that I STRONGLY dislike is that women are always the ones to be saved. Its nice to think that there is someone there to catch you if you fall but women are just as capable in saving men as men are in saving women!

TMS: I would be stuck in my current WIP, The Dragon’s Revenge. It takes place in a village where strong women are the norm and everyone comfortable with themselves. If I could… I believe I would stick my sister in Symphoni as Symphoni’s sister Joi because theyre so very similar!

SJ: Do you think it’s possible to develop a sure-fire recipe/formula for success as a writer? Would you want to, or does that compromise the art or the fun of it?

TMS: I don’t think there could ever be a sure-fire recipe! Lol. People have different tastes and things change all the time. We can say well promote everyday and sell a certain amount of books and become a success but that’s not always how it works. I would love to find success as an author but I would want to do it my way. Not by following the norm. 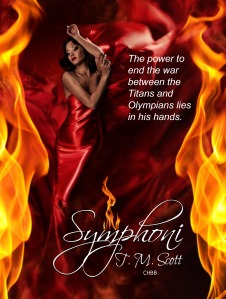 “We don’t know the implications of our actions; of the decisions we make every day and the effects of those decisions. Greg, your choice, your fate, and your whole existence can be over in no time. I just hope, for everyone’s sake, that you get to do what you were created for,” she turned and looked at me, “before Legend does.”

Life hasn’t been too easy for Greg Daniels lately. But when he arrives at school on the first day back from summer vacation, he finds that things are much worse than he could have ever imagined.

Stuck in the middle of an ancient feud between the Olympians and the Titans, Greg discovers that the line between good and evil isn’t always clear and his allies might be more dangerous than the enemy. 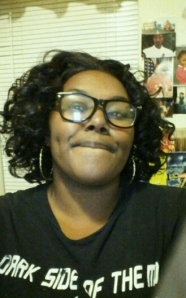 Author Bio: T.M Scott loves writing. With passion, drive and a taste for the unusual, she enjoys reading and writing new and different things. Doing her best to always think out of the box, her writing usually starts off as an insane scheme of some sort before she works out the finer aspects and turns it into something great! Her heroines and heroes are never the typical ‘beautiful’ people, meaning they all have some sort of quirk or oddity about them that makes them unique and refreshing characters everyone can relate to.

Her first novel, Symphoni, will be out in 2013 and her work has been featured in the horror anthology, The Withering Darkness. She lives in Los Angeles, California with her daughter Ariyanna.