Okay, okay, I’ll do another post today for those who aren’t really into the whole horror scene…

Believe it or not, I also write less intense, more nostalgic stuff. Although I don’t know if anything of mine is out and out fluffy, I do flirt with chick lit and romance from time to time.

Yeah, I know, shocked the hell out of me, too.

A few years ago I put out a short called Holly and Ivy, and it’s still a title I’m really proud of. It’s not too sugary, but it’s somewhat hopeful, as well. I also love that it encapsules some of the fantasy that I think makes Christmas really special. 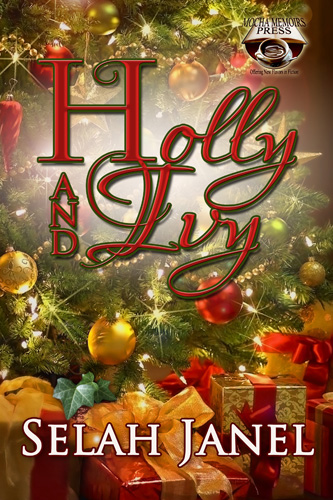 After losing her job and her boyfriend, Holly returns to her parents’ farm. Embarrassed and hopeless, she doesn’t expect to bump into a forgotten childhood friend that wasn’t supposed to exist. Ivy is not only a dryad, but she lives in the pine trees Holly’s family grows to sell at Christmas. As the old friends reconnect, Ivy not only shares her strong oninions, but gives Holly a charm that will change both their lives. As days melt into weeks and the seasons change, Holly’s life magically turns around. Christmas not only brings surprises, but a choice for the human woman. What’s more important: stability, success, and love, or keepinga promise to an old friend?

Also new this year – I’ve got some copies of Olde School and Lost in the Shadows stockpiled – if you’re interested in buying a signed copy directly from me, email me at selahjanelauthor@gmail.com for more info.