I’m pleased as punch to be bringing to you a book with a great theme and a great collection of stories today. You might even say they’re improbably good… (okay, yeah, I know, I’ll shut up and get to it…) 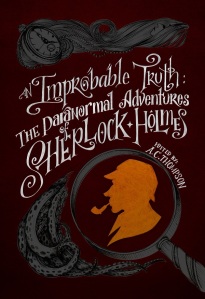 When you have eliminated all which is impossible, then whatever remains, however improbable, must be the truth.” Sherlock Holmes is one of the most recognizable characters in Western literature.  Conan Doyle’s inimitable detective has been the subject of literally thousands of books, movies, television shows, plays and even songs.  With the rise of the BBC series and the release of most copyrights, the beloved character has found a new life among modern audiences.   In An Improbable Truth: The Paranormal Adventures of Sherlock Holmes, 14 authors of horror and mystery have come together to create a unique anthology that sets Holmes on some of his most terrifying adventures.  A pair of sisters willing to sacrifice young girls to an ancient demon for a taste of success, a sinister device that can manipulate time itself, and a madman that can raise corpses from the dead are just a few among the grisly tales that can be found within these pages.  Curl up with a warm cuppa and leave all the lights on.  This is not your grandfather’s Sherlock Holmes.

Joining us today is contributor Adrian Cross with a guest post and an excerpt from his story, Time’s Running Out, Watson 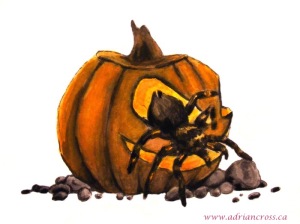 Theme is the hairy spider hiding inside your pumpkin.

So who am I and what am I talking about? I’m a new author, with my first published story, Time’s Running Out, Watson, coming out in An Improbable Truth: The Paranormal Adventures Of Sherlock Holmes (woo hoo!). In the last month, I’ve also earned an honorable mention in the very competitive Writers of the Future contest, and I spend a lot of time on the OWW (online writing workshop) boards, critiquing other people’s work and getting my own work beaten up. So I feel like I’m starting to get a handle on writing short stories and what makes them gel–not that any story is easy to execute well. But if there is one weakness that I think plagues a lot of short stories, including my own early efforts, it is a lack of cohesiveness and professionalism, even if the idea is a decent one.

One way to get better at this (although not the only one) is to consider theme. Theme is the big picture stuff, the moral question, interesting concept, or emotional flavor you’re trying to leave the reader with, whether you realize it or not. And I know that as an early writer, I cringed at the very mention of it. Ooops. J

At first glance, Time’s Running Out, Watson (the story mentioned above), which pits Watson and Holmes against a deadly inventress with a time-twisting device, may not appear the strongest example of a theme-driven piece, partly because I’m stepping into a well-worn world and characters, with its own appeal. But that doesn’t mean that it doesn’t have any theme, or that finding it didn’t add value. I’m convinced it did.

The big picture idea in that story was time, not surprisingly. And I also realized that I could deepen that theme by working in some small details. So I added a puddle of water that faded from sight, leaving no sign behind. I gave Holmes a closing line that played on the word ‘time’. And I changed a sheathed dagger on the table, which played no real role in the story, into a desk clock with a pendulum, realizing as I did that I could incorporate that into the plot itself.

The more tangential elements that you can tie into the themes of your short story, the more powerful and professional its impact. It’s the little details that impress, even if the impact is almost too subtle to notice. It’s not the candle-lit pumpkin on the window that scares the jaded trick-or-treater.

It’s the hairy spider crawling up their leg.

See, I got there eventually. 😉

All the best in your Halloween treats, and writing efforts. If you’d like to peruse more of my writing musings, feel free to visit at www.adriancross.ca. 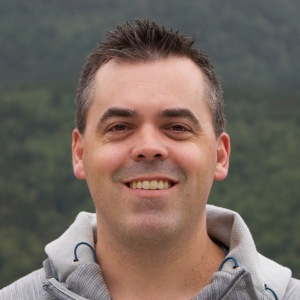 When Adrian Croft was a teenager, his mother told him in a hushed voice that she’d talked to her hair dresser and learned an unfortunate fact: that reading fantasy and science fiction wasn’t a phase that you grew out of. All those assassins and dragons decorating his bookshelf might be… permanent. Adrian didn’t see it as unfortunate at all and has since then enjoyed many more speculative stories. More recently, he’s expanded into writing and illustrating fantasy as well. ‘Time is Running Out, Watson’ is his first published piece, but hopefully not his last. You can find him at http://www.adriancross.ca

From “Time’s Running Out, Watson” by Adrian Cross

A woman took form from the shadows beside the hearth. I realized that Holmes, through coincidence or design, had faced her the entire time. Thick-bodied, with hard fingers and eyes and a smock that still glistened with rain, she held a small device in her hand. It was twin to the one that Holmes had shown me, except that no bullet hole marred it.

“Lower your pistol,” she ordered, her voice deep and commanding.

I tightened my grip. “I surely will not. Drop the device and step away.”

A hot flash of pain slashed my wrist and the pistol fell from it, but skittering away before it ever touched the rug, as if kicked by an invisible foot. All I’d seen was a dark afterimage, as if my eyes had registered a movement too quick to be seen.

The woman hadn’t appeared to have moved. She smiled.

“You are not in control here, sir.”

Holmes answered. “Mrs. Angela White. Is that not correct?”

She looked surprised. “How did you know that?”

“It was hardly difficult. Reynold White obviously didn’t design the object in your hand. No, the handwriting of the plans was feminine, bold and patient, with no quaver of age. He had no sister, and a grandmother would be too old, although that may not have been absolutely out of question, given the circumstances. But the papers also mentioned that Mr. White’s father was an engineer of wide renown, who in turn credited his greatest achievements to his wife, Angela White. So Reynold’s mother. Not much of a gamble in the end.”

“Caged mice,” she snarled. She took a step closer and a fire burned in her eyes, a banked rage that made the hair on the back of my neck rise in response. “None of the other measly intellects in the government’s offices could hold a candle to me, but still they refused to see my value. Mr. Holmes, you may be a great detective, but your deductions will not save you tonight. You should never have tangled with my family. You are as guilty of my son’s death as if you’d pulled the trigger yourself. You will both suffer greatly for that.”