So I’m into the concept of Legacy so much, I’m back with it today to post an excerpt!

How do you want to feel today?

San Francisco is deserted, the Bay Bridge bombed, and the BART subway trains grounded. The Guardians, members of an elite and mysterious government-appointed military police force, are maintaining order at all costs—thanks to emotion-altering drugs like Emovere that suppress fear and anxiety. Lex Knightley, daughter of a prominent forensic psychiatrist, risks entering the devastated city to partner with the Resistance, a group of rebels intent upon exposing the dangers of Emovere. Lex discovers an ally in Quin McAllister, a magnetic Guardian Force recruit with a haunting past that binds them together. As she uncovers the secrets of the Guardian Force and confronts the truth about her family, Lex begins to realize that even those closest to her are not quite who they seem.

The first time I kissed someone, it wasn’t at all like I had imagined—and trust me when I say that I had spent hours imagining it. It was a summer night just after my seventeenth birthday. We were sitting side by side in the empty football stadium. I can still feel the bleachers, cold and hard beneath my legs. My elbow was touching the side of his body. I could feel how warm he was. He didn’t move, but just let me touch him. The air between us was thick with anticipation. And then, just like that, his lips were on mine. In a few seconds, a wall that had once seemed impenetrable was crossed. I was no longer unkissed.

The first time I killed someone, it wasn’t at all like I had imagined. It was as quick and as effortless as snipping a string. I squeezed the trigger, and the man fell back. It was so dark that I could barely see the outline of his face. I watched him for a long time, waiting for something. What was I waiting for? The man didn’t move, except for a brief shudder. It seemed for a moment as if I too had stopped breathing. But in the cold I could see my breath visible in small white puffs. I waited for the world to open up and swallow me, but nothing came. In the corner where I hid, I saw a small brown bird hopping. He reached the edge of my vision and took flight. It was only me who had changed.

In her non-fiction life, Ellery Kane works as a forensic psychologist. Evaluating violent criminals and treating victims of trauma has afforded her a unique perspective on the past and its indelible influence on the individual. An avid short story writer in adolescence, Ellery only recently began writing for enjoyment again, and Legacy was born. 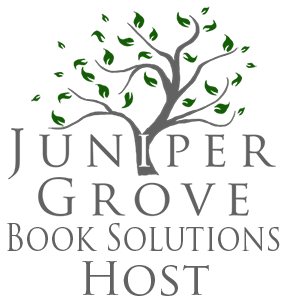