I’ve got some treats for you today! If you like YA fiction and are into futuristic/post-apoc type literature, than have I got a title for you…

How do you want to feel today?

San Francisco is deserted, the Bay Bridge bombed, and the BART subway trains grounded. The Guardians, members of an elite and mysterious government-appointed military police force, are maintaining order at all costs—thanks to emotion-altering drugs like Emovere that suppress fear and anxiety. Lex Knightley, daughter of a prominent forensic psychiatrist, risks entering the devastated city to partner with the Resistance, a group of rebels intent upon exposing the dangers of Emovere. Lex discovers an ally in Quin McAllister, a magnetic Guardian Force recruit with a haunting past that binds them together. As she uncovers the secrets of the Guardian Force and confronts the truth about her family, Lex begins to realize that even those closest to her are not quite who they seem.

Ellery is here today with a guest post about the book, so let’s get to it! I had given her a prompt, so I’ll put that in italics, and we’ll see how she replied. 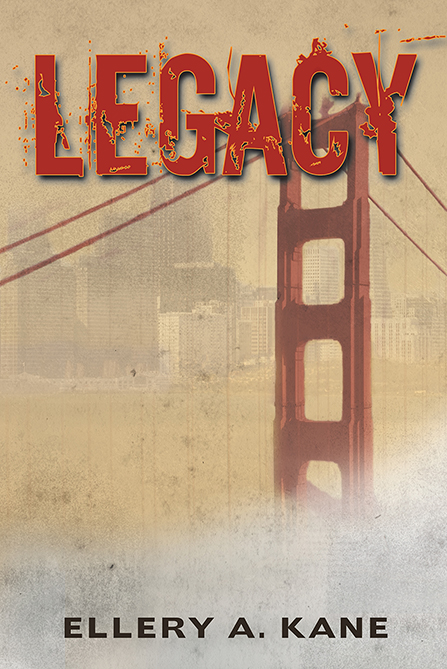 How do you go about developing your world when it obviously takes place in the real world, but in a very different type of reality than what we’re experiencing now?

I think that what intrigues and draws most readers into a dystopian world is actually the sense that it is not so different than our own, that a few, strategic events could catapult us into a dark and disturbing place. After all, is our modern world more utopian than dystopian? Some of the most haunting and riveting dystopians—The Hunger Games, Divergent, The Giver, play on our fears as a society that we are one step away from chaos.

In creating the world of Legacy, I was inspired by my “real” job as a psychologist, where I am often face to face with individuals who are eager to change their emotional state. Just as Lex observes—“It seemed that almost everyone was eager to feel or not to feel something”—words that are as true today as ever. For many years, pharmaceutical companies have been cashing in on our desire to quickly and easily alter our emotions, so it wasn’t a stretch to imagine Zenigenic, an up and coming pharmaceutical company, creating a line of Emotion Altering Medications (EAMs).

In 2041, EAMs are widely available, dispended in vending machines operated by biometric identification; mental illness is not a prerequisite, only a desire to alter one’s feelings. With a catchy slogan, “How do you want to feel today?” and a promise of no side effects, who could resist?

Legacy explores the devastating impact of EAMs on society and the individuals that created them, used them, and witnessed their effects. After all, a quick fix always comes at a price…

I love this premise, plus it’s so fascinating to see a YA book taking on something so huge. Thanks for coming on and

sharing your expertise and thoughts, Ellery!

In her non-fiction life, Ellery Kane works as a forensic psychologist. Evaluating violent criminals and treating victims of trauma has afforded her a unique perspective on the past and its indelible influence on the individual. An avid short story writer in adolescence, Ellery only recently began writing for enjoyment again, and Legacy was born.

There is also a tour-wide giveaway, and you can win one of ten signed print copies by entering the Rafflecopter here!

One thought on “Juniper Grove Presents: Legacy by Ellery A. Kane”