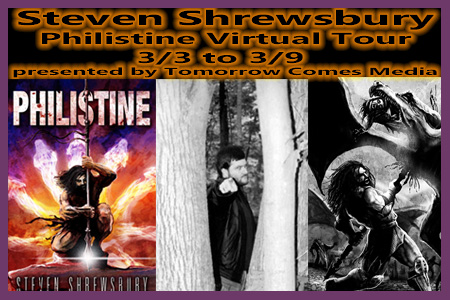 I’m back with another exciting SSP title for you today! If you love fantasy, especially Sword and Sorcery, you’re going to love the title I’m talking about. In fact, let’s introduce you to it now…

The Philistines, a mysterious warrior people known now for mainly one man: Goliath. The giant.

Goliath. A name grander than even the man himself. You’ve heard of his infamous end at the hands of a shepherd as written in a famous book, but what of the life of the man himself? What book tells his tale?

A warrior among warriors, a son of a god, a living legend. Goliath, the warrior champion of the Philistines. On the battlefield, he runs like a horse, wields killing instruments no normal man may heft, and revels in the fear his presence evokes. Off the field, his will is immutable, his trust invaluable, and his appetites unbearable. Goliath. This man knows no challenge.

But such a reputation will not discourage all men. Scheming rulers and generals, prophetic priests and powerful cults, dauntless warriors looking to make their own legend. Monsters. Gods. For one seemingly unkillable, at the very least, these things can ruin an otherwise pleasant day.

Along with his shield bearer, Abimelech, and soldiers more in awe than they are useful, Goliath will set out on missions for kings, face foul magic users, and walk in the shadows of mysterious halls. History tells us Goliath died at the hands of an Israelite.

Goliath may have something to say about that.

Philistine is the first Tale of Goliath, set in the same world as Steven Shrewsbury’s novels such as Overkill and Thrall, and his Blood and Steel: Legends of La Gaul short stories.

And now, a word from Goliath…

This is the day who made?

Ah, what a wonderful morning. Is this the blessed day for the priesthood or whoever deserves it as the day God has made? I suppose he made them all. Every day one opens one’s eyes and isn’t in a field of fire or a place where religion is practiced non-stop, it’s a good day, huh?

Being champion of the Philistines is a great thing, don’t get me wrong at all. I love walking into a village, having women bring me bread, nuts, pomegranates and wine just for passing by. I’m not the beast many think, but their fear makes them generous. I don’t enter a home and take anything, they freely offer tribute as I pass. The kids, they slay me. Then again, as a young man, I’d have wanted to see a giant and heard him speak, much less tell tales. That is why I keep my stories to a minimum. Who wants to be known as the kindly champ who doesn’t shut the hell up? Better to be thought a man ready to crush the throats of his enemies at a moment’s notice than a good man.

Did you hear? War is coming? Never heard that one before, huh? War is here, always has been. The best innovations come from war, I hear tell. Not only do we think of the best ways to kill others, but how to survive in the mean times. That is a good thing. Peace is very boring. In times of calm, I’ve went looking for war, raiding down the Nile on out great vessels, journeying beyond the Pillars of Hercules…ah what lands lie beyond this one so many think is the world. There are women up north taller than the men here, but, unfortunately, hairier as well. In other lands, the people have different colored skins, red, black, tan, but mostly they are just like us; petty jerks wanting to control their masses and find new ways to enslave others.

So, welcome war. Embrace it and learn. If one grows too old to fight, find a way to serve the troops. Yes, I participated in Veteran Sacrifice Day. Those injured soldiers did a great thing to inspire the young, giving their lives in the temple of Dagon. Their sacrifice should inspire all young men to find their balls and fight.

There are beautiful women here and I hope to meet a few later. Will any be able to accommodate me? We’ll see. I hate to slay one if not so. The last one with an ass like a washtub made me happy, but proved a n evil one out to slay me. One has to watch who one trusts these days, even if one is a giant and champion of the Philistines.

I’ve seen much, but don’t pretend to be so deep. Kings fear me and risk to employ me. Devils tie their genitals in knots trying to think of ways to get me into hell. But often, little children bring me pig snouts for snacks. That is really touching. They don’t fear me, and they all the powerful do.

Let the gods, demons and all of their servants that are only footstools here come unto me, and I shall give them rest. Yes, I’m laughing. 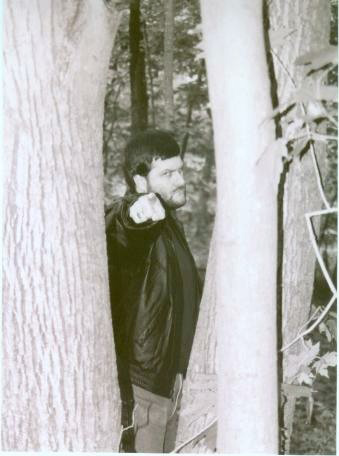 STEVEN L. SHREWSBURY lives, works, and writes in rural Illinois. Over 360 of his short stories have appeared in print or electronic media along with over 100 poems. 9 of his novels have been released, with more on the way. His books run from sword & sorcery (PHILISTINE, OVERKILL, THRALL, BEDLAM UNLEASHED) to historical fantasy (GODFORSAKEN) extreme horror (HAWG, TORMENTOR, STRONGER THAN DEATH) to horror-westerns (HELL BILLY, BAD MAGICK, and the forthcoming LAST MAN SCREAMING).

He loves books, British TV, guns, movies, politics, sports and hanging out with his sons. He’s frequently outdoors, looking for brightness wherever it may hide.

One thought on “TCM Presents: Philistine by Steven Shrewsbury”