What if hell took a different form…what if you could be trapped in a prison where you might never be able to escape? Chilling concept, eh, my creepy crawlies? Well, this next book takes a look at demons with a sci-f twist. Intrigued? You should be. You should also check out RJ Sullivan’s latest book, Virtual Blue... 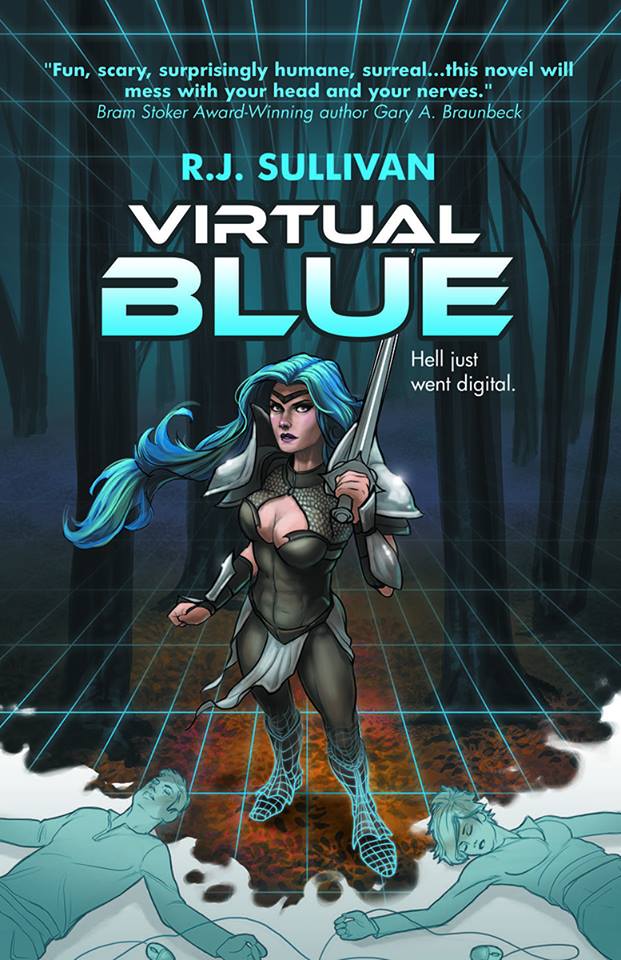 Did you ever wish you could escape to a virtual world? What if you could…but then couldn’t get out?

Two years after her deadly clash with a vengeful ghost, Fiona “Blue” Shaefer still can’t shake off the trauma of that night. Moving to New York with her father didn’t help. Neither did absorbing herself in her college classes. Not even her poetry provided the solace it once did. She convinces herself that ending her relationship with Eugene “Chip” Farren, her long-distance boyfriend and final tie to the horrors of that night, might bring the closure she needs. Blue travels to Bloomington to break the news to Chip in person, but her timing couldn’t be any worse.

The Sisters of Baalina, vengeful cultists who practice a new form of “techno-magic,” have targeted Chip’s multi-player videogame as the perfect environment to cast a dangerous spell to free a demoness from the very pits of hell. In the process, their plan may trap Blue in a prison of the mind with no locks, no bars, and no escape.

Book Two in the Adventures of Blue Shaefer.