One more title to sate your scare appetite…This one is classified as drama, but I’m including it because I’ve read it and it has a delightful psychological horror feeling. Besides…how many people out there do you know that are afraid of dolls?

Children are supposed to love their parents and vice versa. But what if you just can’t let something go? What if you hold a grudge for a long, long time…and then you’re presented with the opportunity to get your revenge when the other party is in their weakest state? What if you only have one chance for forgiveness…or one chance to get them back? Would you take it? Would you give in? 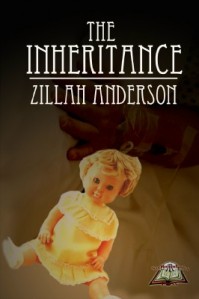 Kaylee has one night to re-connect with her ailing father, but they don’t have much to talk about. Inspired, she decides to read him a story that eerily mirrors their relationship. She wants to bury the hatchet so badly, but all she can remember are the pranks Zachary pulled and in an attempt to make parenthood interesting. But long ago Kaylee learned his Achilles heel, the one silly object that could undo him and change the balance in their relationship. Should she use it? Will she? Find out what happens when love and forgiveness become twisted by anger, retaliation, and disconnect.

Want more? Then hold your breath, cross your fingers, and come with me as we explore the excerpt…

“‘Forgive?” he finally wheezed and Katherine was surprised he actually acknowledged that there was a wall between them. She forced her lips into something that was a cross between a tender smile and a wince.’”

“‘Come on, Dad. It’s not like you did anything bad. We just never really clicked. There are far worse relationships.’”

“‘The clearing of a phlegm-coated throat tugged the young woman from her thoughts. “Forgive?” Zane asked again.’”

“‘Kathy sighed and forced herself to squeeze the fingers that were too much like flesh-covered cushions. “You weren’t home. You had a lot going on at work. And you played jokes that I took the wrong way. Everything is in hindsight and we both know I was sensitive as a kid. I understand. Can’t we just forget about that?” Katherine’s voice was soft and rich, but it shook far more than she wanted it to. It had always been so easy for her to talk about him behind his back, to complain about how much he embarrassed her. But now everywhere she looked there were tubes running out of the arms that she’d wrestled with as a kid. The whir and buzz of the machines made Kathy’s jaw ache from clenching. The expression on Zane’s sagging face with too much forehead showed that he didn’t like her interpretation, but he relaxed deep into the mattress at her willingness to move on.’”

“‘But too soon a look out the window at the setting sun reminded her it was time to go. Kathy rose, kissed her father’s cheek, and said her soft goodbyes that had the pretense of being difficult. Maybe in some ways they were; after years of growing up in a blurred reality it was hard for her to tell anymore.’”

“‘When Kathy left, there was something on the visitor’s couch in Zane’s room to take her place, something that Kathy’s mother had kept in storage for years. It was almost the size of a toddler and was dressed in one of Kathy’s old dresses. Its tiny feet even had her old patent leather baby shoes. The plastic eyes were unfeeling, dark blotches in smooth plastic skin that stared directly across the room towards Zane. The setting sun cast eerie shadows over the synthetic, butchered hair that framed the artificial face.’”

“‘Zane tried to sleep, but even with his eyes closed he knew the toy was there looking at him. Somehow the little thing saw everything he had ever done and wanted to do, everything he regretted, every little thing at all. And it didn’t care about any of it. With his eyes still tightly shut, Zane’s good hand fumbled for the button to call the nurse. The box had slipped down under the covers and out of reach. If he opened his eyes to look for it he’d have to see the dear little girl gone wrong and all her features: the straight legs, un-skinned knees, and tidy little bows on scuffed shoes. But there would be no emotion and no hint of a smile. That was not how a child should behave. If anything, it was the demeanor of a killer.’”

“‘Stop, stop, stop! Zane screamed in his mind, his weakened heart bursting against his chest. His twisted mouth struggled to work as he focused on the sound of his breathing and opened his eyes.’”

“‘The bright lights had been shut off so he could sleep, though the curtains had been left open. Outside, the city lights twinkled in a cold rhythm. Zane’s gaze focused on the couch — the empty couch. His breathing went sharp and shallow, a raspy noise against the low hum of the room’s medical equipment. Cleanser mixed with the scents of decaying flesh and old woman’s face powder. There was a brief flash of memory from when he had caught his daughter patting the face of one of her favorite dolls with a puff borrowed from her grandmother. The thing’s hair had reeked for weeks afterwards and little particles of scented dust had shown up on furniture at the most inopportune times.’”

“‘Zane’s neck ached from not enough movement and he winced when he tried to turn his head. All he had to do was look down. The tainted perfume grew stronger and crawled right up his nostrils to the working cells in his brain. The soft outline of a ragtag cut hair was just barely visible in his peripheral vision.’”

“‘Inhumanly smooth plastic brushed up his arm. The molded fingertips were permanently curled and the seams of the plastic bit ever-so-lightly into his skin. “Daddy, I’m a good girl.” The voice was a soft whisper that was close to — but not the same — as his daughter’s. “I’ll be your little girl. I’ll sit with you.” A tight whine strangled out of his throat. It was worse than if the doll had wanted to kill him.

Can you stand to see what’s real and what’s a game? Do you really want to find out the resolution? If so, then pick up this terrifying title at the following places…